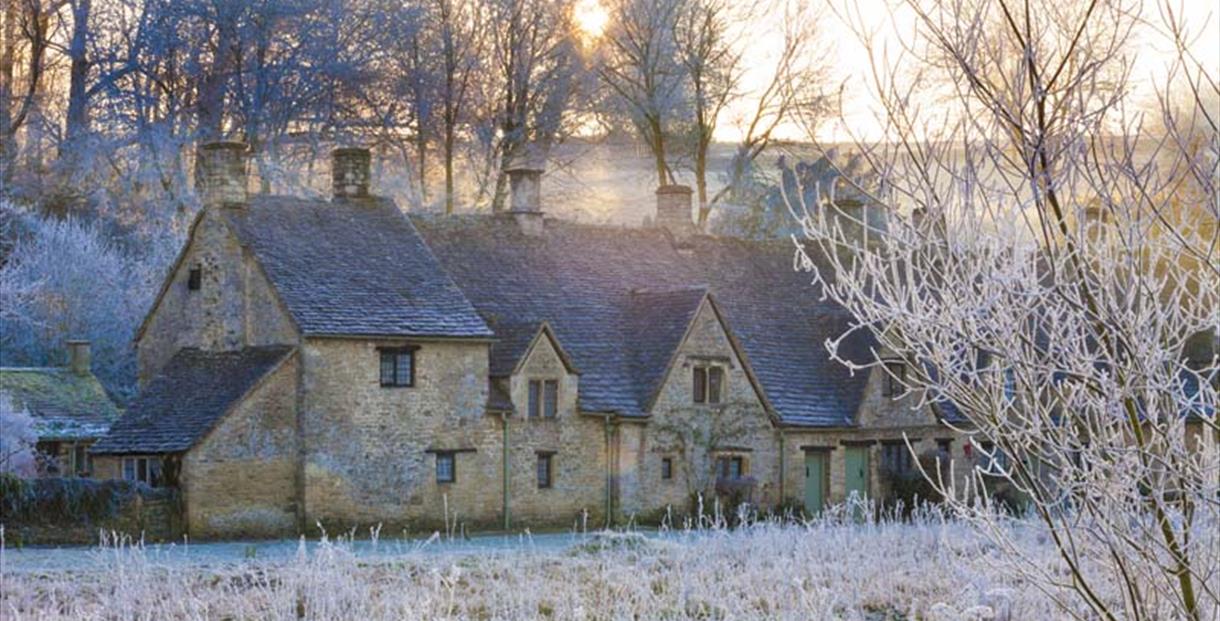 Bibury is a charming, typically Cotswold, village just a short drive from Cirencester. It’s easy to see why William Morris called Bibury ‘The most beautiful village in England’ – wonderful stone buildings strung out along the banks of the River Coln.

Arlington Row, owned by the National Trust, is one of England’s most iconic and photographed sites – it even appears on the inside cover of UK passports! Originally built in the 14th century as a monastic wool store, it was converted in the 17th century into a row of weavers’ cottages. The cottages are now lived in by National Trust tenants, with no public access to the cottages or gardens, although one of them can be rented out as a holiday cottage.

The River Coln flows through Bibury sandwiched between the main village street and an expanse of boggy water meadow known as Rack Isle, so called because wool was once hung out to dry there on racks after it had been washed in Arlington Row. With Arlington Row as a backdrop, it makes one of the most picturesque scenes you will find in the Cotswolds.

Other attractions in Bibury include: Bibury Trout Farm, one of the oldest and most attractive trout farms in the country covering almost 15 acres, where you can learn about trout or event catch your own dinner; and the wonderful village church, St Mary’s – a Grade 1 listed building with a Saxon gravestone set into the exterior, a superb Norman doorway and some fine medieval windows.

Bibury is a popular Cotswolds' visitor attraction that can become very busy on a sunny summer afternoon, and even attracts visitors on the coldest winter day. There are several places to eat and drink in the village or buy some picnic ingredients at Bibury Trout Farm Shop or the Post Office and Village Shop.