You are here: Do > Kencot - St George's Church 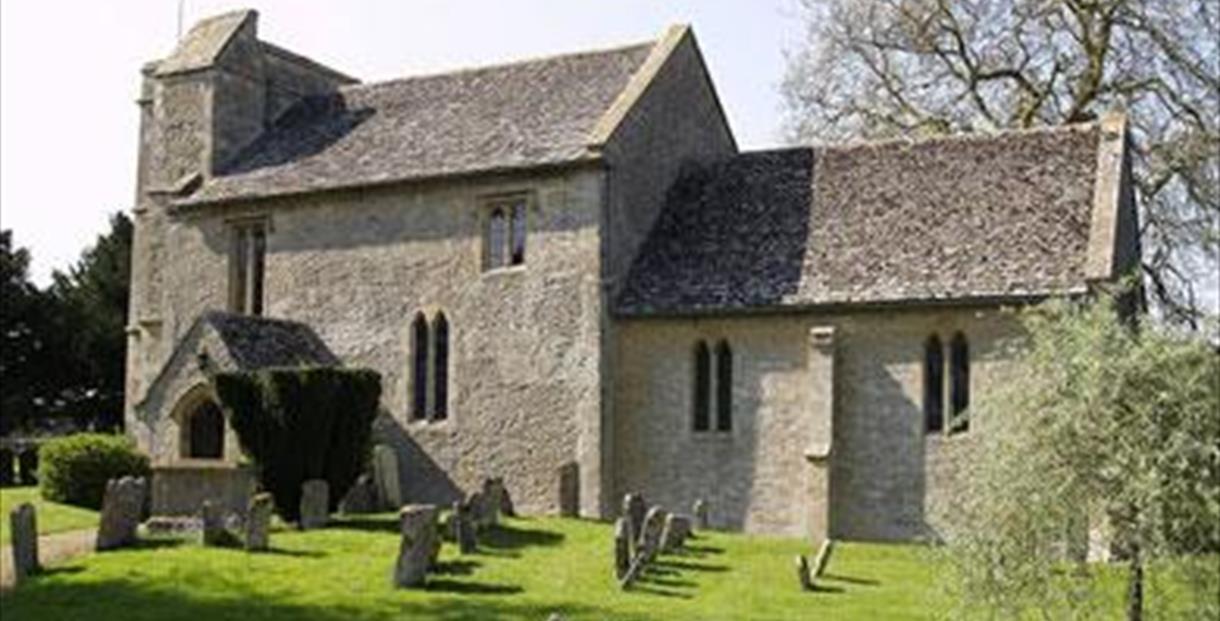 St George's Church in Kencot is of late 12th century origin and features a tower with a curious side turret with a sloping roof, which was added later and makes it look unfinished.

The inner south doorway is a fine example of late Norman design and the area under the arch (the tympanum) has a carved relief of Sagittarius shooting a monster.The font is 13th century. If you look carefully you will find two Crusader Crosses on the lefthand door pillar - knight Crusaders carved one cross on departure and a second upon their safe return.

The font is a 12th century with a 17th century wooden cover and a lead insert clearly dated 1641 and initialed “MC”.

This pulpit is Jacobean from the early 17th century on a later base made by a local craftsman in 1956.

In the chancel there is an unusual wooden triptych memorial inviting the telling of the story of Richard Colchester: he died at Kencot in September 1643, while trying to ensure his brother, an officer in the Parliamentary army besieged in Gloucester, survived the city's imminent surrender to the Royalists.

Of the same era is the chest nearby in the chancel which was used for the parish records and treasures. These typically had three locks so that they could only be opened when the vicar and two churchwardens were all present.

The stone reredos came from the church of St Martin’s which stood in the centre of Oxford and was demolished in 1896 for road widening.

There were originally three medieval bells in the tower but a rector lost one in 1778 - the theory is that the Rector failed to record where it had been sent for repair!