You are here: Do > Abbey Grounds Cirencester 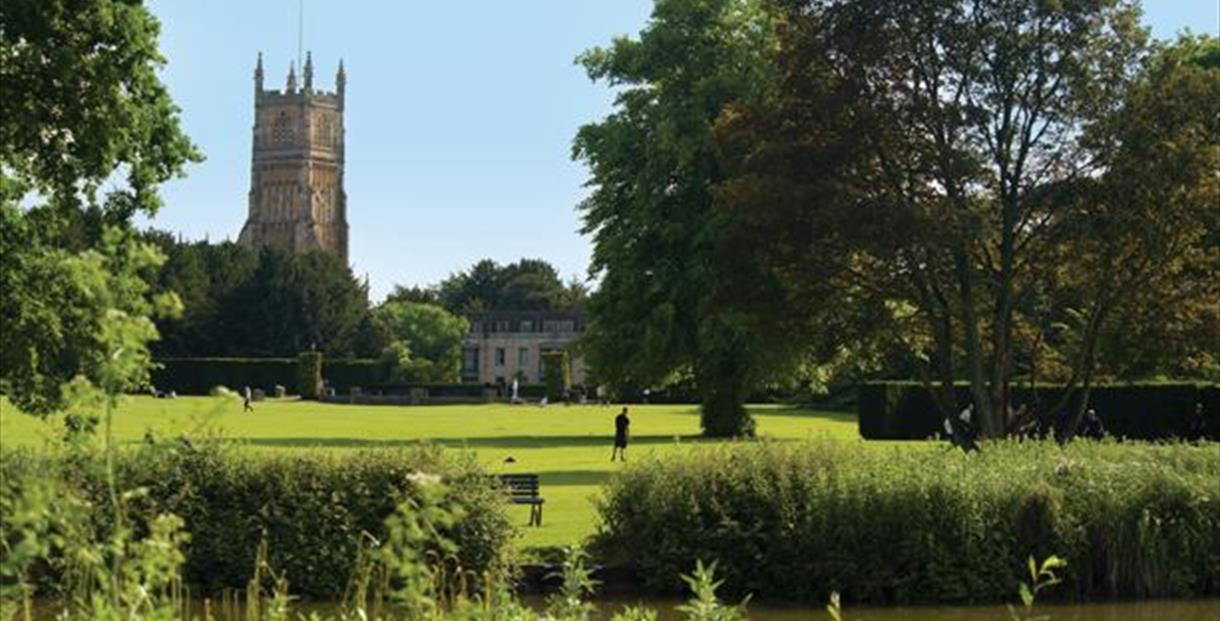 Cirencester has some beautiful award winning parks and green spaces and even a local nature reserve.

The Abbey Grounds is hidden behind the Market Place and the Parish Church.  The grounds contain the site of St Mary's Abbey which was consecrated in 1176 in the presence of Henry II, remaining until the Dissolution in 1539 when the Abbey was completely demolished. The only remaining building is the Norman Arch situated at the north-eastern corner of the grounds.

Originally, apart from the abbey buildings of church, cloisters and various residences for the Abbot, canons and lay brothers there were 2 sets of farm buildings in the bounds now marked by the far side of the lake (the former trout lake for the abbey), Dollar Street and Spitalgate Lane. The rest of the grounds were used as gardens and to grow food for the abbey. Until 1963 some of the old farm and abbey buildings were still present, but these were removed to make way for the housing seen today.

The open grounds, lake, wildfowl, trees and greenery form an impressive pastoral centrepiece, inviting restful contemplation of the general town scene. A portion of ancient Roman Wall is also situated in the grounds.

The bandstand in the grounds was completed in 1999 as a millennium project and band performances take place throughout the summer months.

You can keep up to date with the latest news from the park on the Abbey Grounds Facebook page.