You are here: Stay > Sheep on Sheep Street 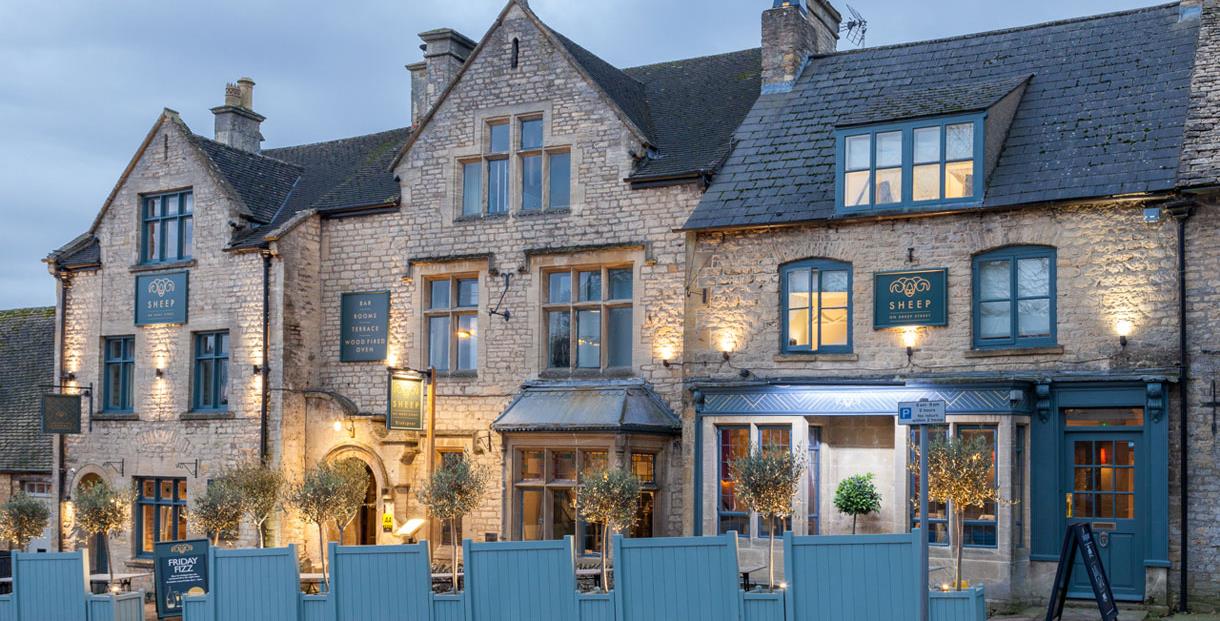 The Sheep on Sheep Street revealed its new look, along with its new name in July 2016. We like to think we’re bringing a new dimension to eating and drinking in the Cotswolds, as well as a little Soho style too. Located in the heart of Stow on the Wold, stay in one of our wonderfully comfortable twenty-two en suite rooms. It’s the perfect base to explore.

Originally three buildings dating back to the 17th century, it was known as the Parkdean B&B then being re-named the Grapevine Hotel in the 1980s. The previous owners decided to build a conservatory to act as a dining room, and this was built around a grapevine that was over 120 years old at the time, hence the inspiration for the name. The conservatory that was in now the main dining area complete with full length bar top. A cutting of the original grapevine has been transplanted into the new garden area.

The inspiration for the new name is fairly simple: the Cotswolds is famous for the farming of its sheep, in fact there’s even a breed of sheep named after the place. The word “Cotswolds” comes from the word “cots” meaning stone sheep shelters and “wold” meaning rolling hills. The building is located on Sheep Street so we thought it was a pretty fitting name.

All the rooms are decorated to a high standard, offering a comfy place to stay. Their sophisticated simplicity gives them a luxurious feel. They all have en-suite bathrooms and breakfast is always included.

The ground floor of the Sheep includes plenty of dining space, as well as full length bar top and cosy fire. There’s an open kitchen and a wood-fired oven too. The kitchen is available all day, welcoming those not lucky enough to be staying the chance to come in for breakfast. There’s an a la carte menu offering a wide range of freshly cooked pizzas throughout the afternoon and evening. Families are welcome, and children have a bespoke menu.

To complement the contemporary restaurant and bar, the garden and rear patio area features an outdoor dining area, built around a feature fireplace.

We look forward to seeing you soon whether it be for a bite to eat, if you’re staying the night, or just a quick drink. 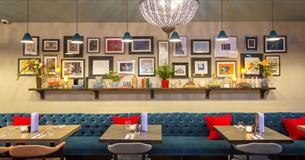 Sheep on Sheep Street, CotswoldThe Sheep on Sheep Street revealed its new look, along with its new name in July 2016. We like to think we’re bringing a new dimension to eating and drinking in the Cotswolds, as well as a little Soho style too, all located in the heart of Stow on the Wold.