You are here: Plan > Towns & Villages > Wotton under Edge 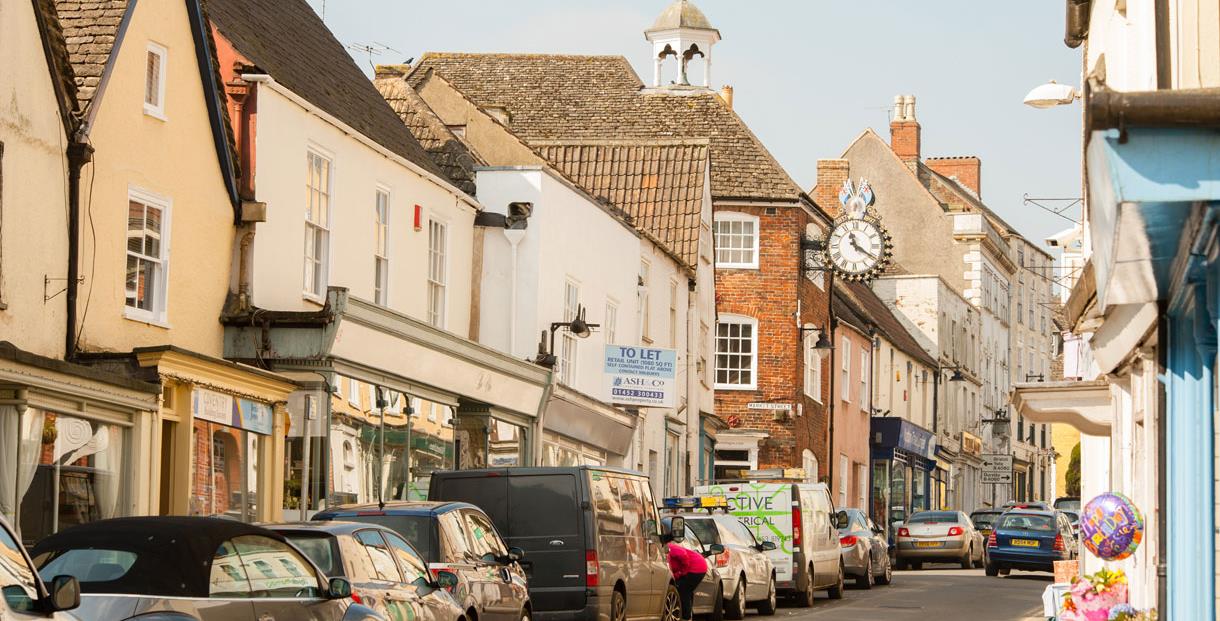 The historic town of Wotton-under-Edge sits within the Cotswolds Area of Natural Beauty, in the undiscovered south Cotswolds. The ‘edge’ refers to the Cotswold escarpment, under which the town nestles, overlooking the Severn valley.

Wotton under Edge lies on the Cotswold Way National Trail. The town is surrounded by hills and woodland and is an excellent base for walking in the Cotswolds.

There are plenty of walks around Wotton under Edge including a walk to North Nibley and the Tyndale Monument. This tower was built in honour of William Tyndale, the first person to translate the bible into English. A climb up the spiral steps to the top provides spectacular views of the surrounding countryside and River Severn. If the tower is locked, borrow a key from the village shop in North Nibley.

Wotton can be found on the Berkeley Circular Route, part of the 7-day Circular Cycling Tour of the Cotswolds.

The heart of Wotton-under-Edge has been well preserved and the main street has been called a ‘department store’ within a street, due to the variety of independent shops along its length.

The Heritage Centre provides an insight into the town’s history, as well as tourist information. Other attractions in Wotton under Edge include the Wotton Electric Picture House, an all-digital cinema. There is a vibrant community arts centre, a highly respected auction room and an open-air swimming pool, open in summer.

Events in Wotton under Edge include the annual music and arts festival. On Sunday afternoons – April to October - visitors can enjoy the ‘Town Hall Teas’ to support local charities.

Accommodation in Wotton under Edge includes self-catering cottages and nearby hotels.

Attractions near Wotton under Edge include the National Trust’s Newark Park. A former Tudor hunting lodge, Newark Park was built on the edge of a steep cliff and has some fascinating architectural features and beautiful grounds. Other attractions nearby include Slimbridge WWT, Berkeley Castle, Cattle Country and Westonbirt Arboretum.