You are here: Do > Little Faringdon - St Margaret's Church 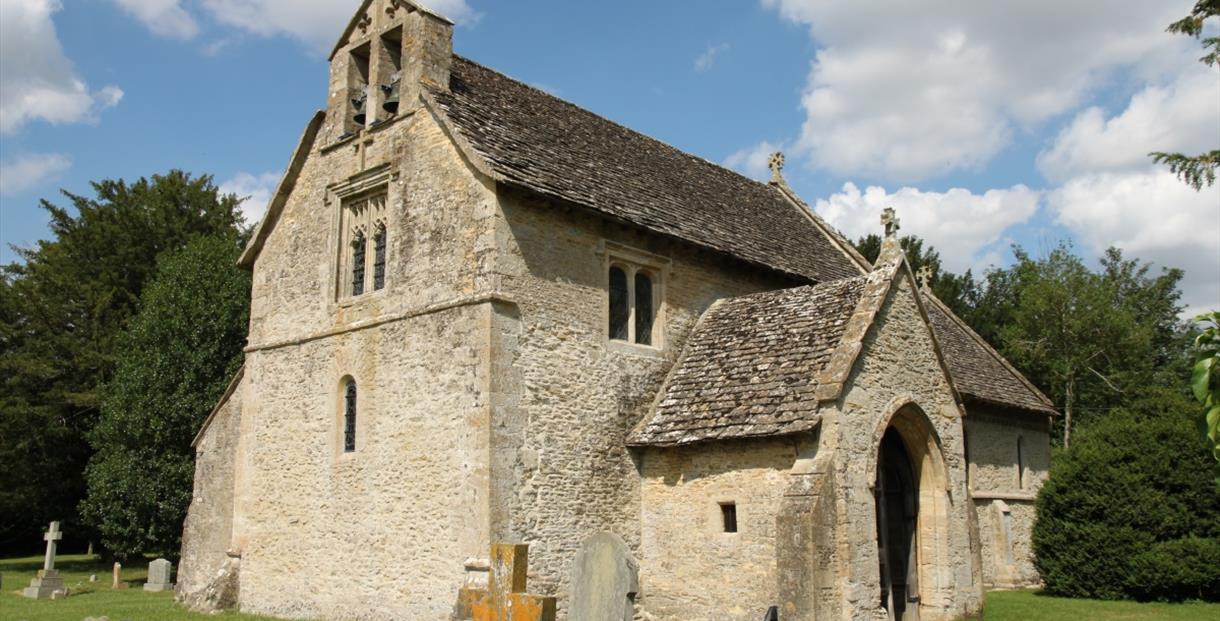 Little is known of the earliest history of this Grade II* listed church, although it is likely that a place of worship has existed here from Saxon times. What is known is that on 25th January,1205 King John gave the manor of Little Faringdon, along with the manors of Great Faringdon and others to the Cistercian monks. They hired skilled stone masons to extend the church and build an arcade with carved pillar capitals. An extremely rare medieval silver chalice, dated 1500, was used here and is now on loan to the Ashmolean Museum in Oxford. From the Dissolution of the Cistercian Abbey of Beaulieu in 1538 until 1864 Little Faringdon was a chapelry of Langford.

Unusually this church has a porch built in the 1200s at the same time as the main reconstruction took place. Three Crusader crosses can be found on the left hand, outer door frame. The story is that Crusaders made one cross when they left home and a second when they returned. More crosses, probably Crusader, are also carved into the exterior east chancel wall. The church has a number of other interesting features dating from the 13th century including a Norman tub font, and a window made from 13th century mediaeval stained glass fragments. The aumbry, in the north east wall of the Chancel, is one of only about six in England to have a ball flower decoration, which was fashionable in the time of Edward 1st.

There was no known dedication of this church so it was decided to dedicate it to St Margaret of England, an early Cistercian nun, in 2000. The ceremony was carried out by the Bishop of Dorchester to mark the 2nd Millennium