You are here: Do > Stanton Harcourt - St Michael's Church 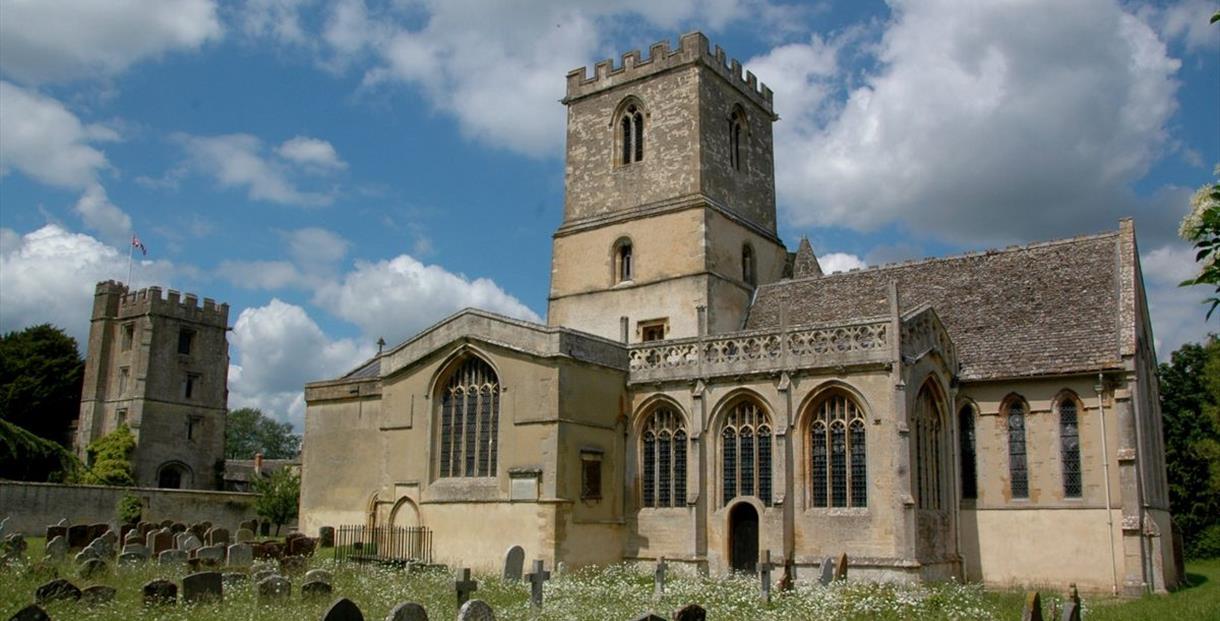 The chancel of St Michael's church contains two of Oxfordshire's greatest church treasures: the ancient rood-screen and the shrine of St Edburg.

The Early English Rood Screen is unique: it is the oldest surviving wooden screen in England and dates from the 13th century. The hinges, bolt and lock are original. On the extreme right of the screen are two panels which escaped the attentions of the Puritans and retain their original paintings - the identity of the nun-like figure at the southern end is uncertain but thought to be Queen Adeliza, wife of Henry I, who probably founded the church.

The shrine of St Edburg (an Anglo-Saxon saint from the 7th century, a daughter of King Penda of Mercia) was not originally housed in the church: it was rescued in 1537 from Bicester Priory during the Dissolution of the Monasteries. On top of it will have originally stood a chest containing the relics of the saint. The canopy has been dated by the heraldry displayed to 1294 - 1317 and is carved of Purbeck marble. The lower section visible is not the original base but part of a later medieval tomb. Despite its damaged and incomplete state, the shrine is a supreme example of Decorated stone carving made still more precious by the survival of much of its medieval colour.

The church itself is cruciform in shape, Norman, Early English and Perpendicular in architecture. The church was extensively altered in the 13th century, when the transepts were added and the chancel rebuilt. The Harcourt Chapel (which is kept locked) was added to the church c. 1470,by Sir Robert Harcourt. It houses many impressive Harcourt monuments including that of his wife, Margaret, who, unusually for a woman, wears the Garter, above her left elbow, and to another Robert, who was a standard bearer at the Battle of Bosworth - its tattered remnants hang above.

On the outside of the south wall of the church there is an 18th century wall monument with an epitaph written by Alexander Pope to two young lovers, John Hewet and Sarah Drew, who were both killed by a bolt of lightening on July 31st 1718, while Pope was staying at Harcourt Manor to work on his translation of Homer's Illiad.