You are here: Information > Product Catch all > Great Tew 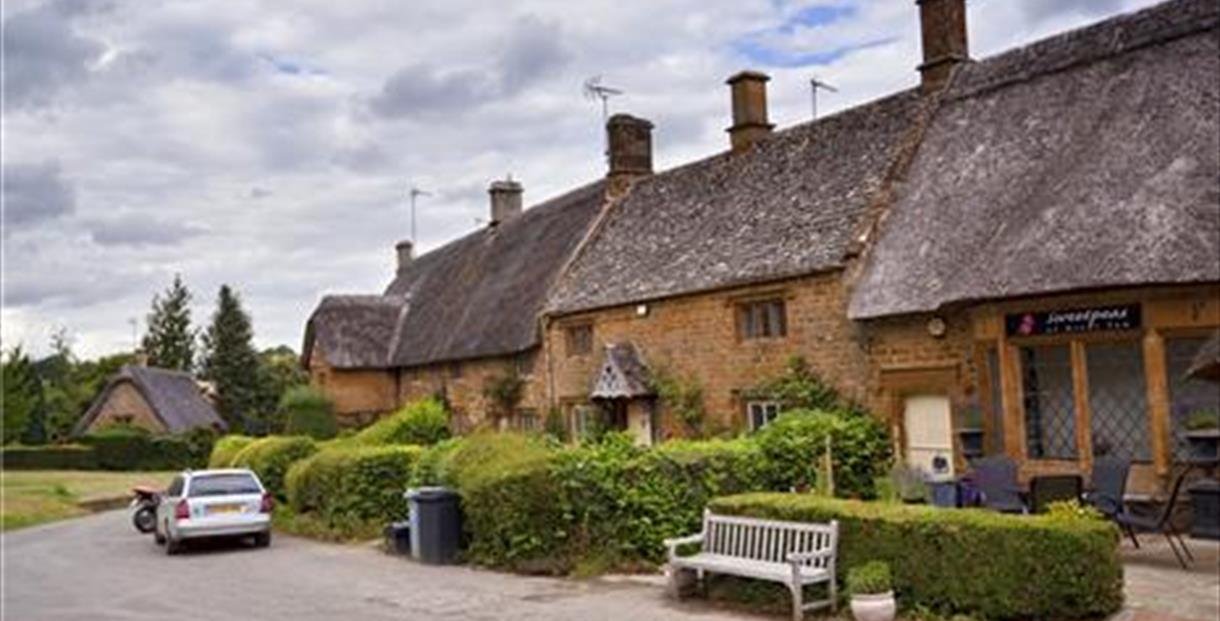 Great Tew is most certainly a 'picture postcard' village but it is not a traditional Cotswold village: here, on the edge of the Cotswolds, the stone is a much darker red - ironstone - and the cottages are thatched, not a particularly common feature in the Cotswolds, where slate roofs are more common.

The village was built in the 19th century by the landscape gardener, John Loudon, as part of an extensive park overlooking the Worton Valley, and with its charming thatched cottages and gabled roofs, mullioned windows and colourful gardens, traditional village pub and shop, it is not surprisingly a popular spot with visitors..

Also well worth a visit is the village church. Approached through an unusual gateway, along a path flanked by ha-has, Great Tew's church is barely visible from the road. Despite some unsympathetic 19th century restoration, the church still has many interesting features: finely carved bench ends, a series of slightly faded 14th century wall paintings, a superb marble figure of Mary Anne Boulton and some late medieval brasses (with a particularly fine one for Sir John Wylcotes and Alice de Cheyne dating to 1410).