You are here: Do > Rollright Stones 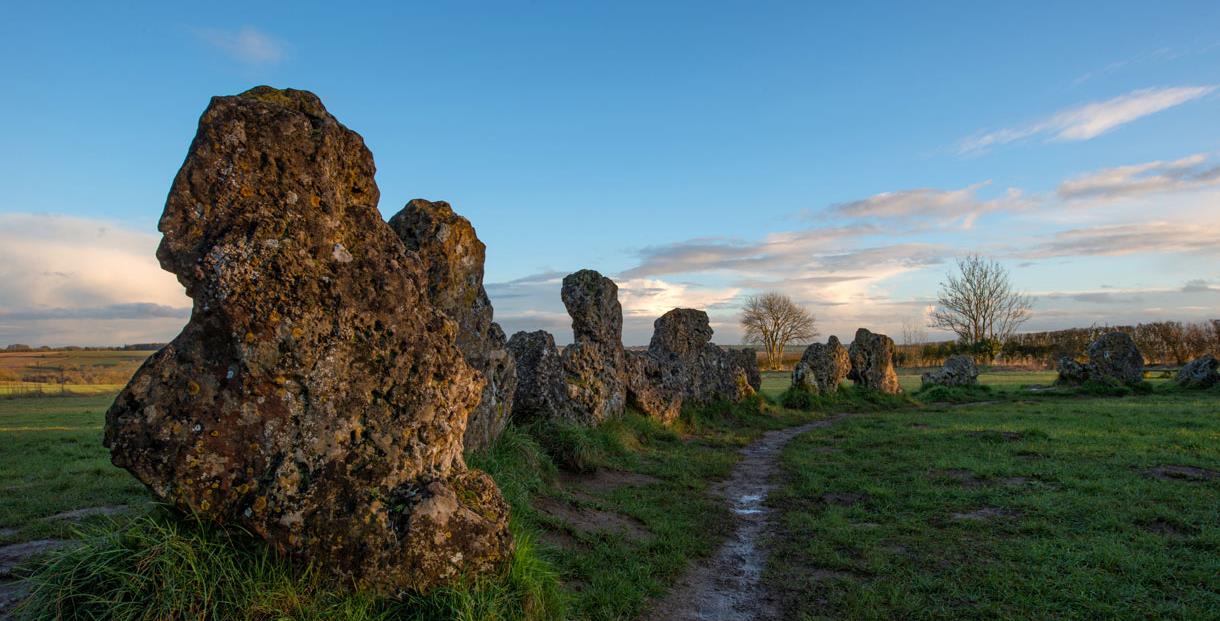 The Rollright Stones are a group of prehistoric megalithic monuments built from large natural boulders found within about 500m of the site. The stones are naturally pitted, giving them extraordinary shapes.

The legend goes that a king and his army were marching over the Cotswolds when they met a witch, who addressed the king...

"Seven long strides thou shalt take, and
If Long Compton thou canst see
King of England shalt thou be"

The king strode forward, but on his seventh stride the ground rose up in a long mound obscuring the view of the village below. The witch turned them all to stone, the king overlooking Long Compton, his men standing in a circle nearby, and his five knights whispering treachery further off.

The King's Men Stone Circle is a circle of about 70 or so stones about 30m across, thought to have been built in 2500-2000BC. Originally the circle had about 105 stones forming a continuous wall except for a narrow entrance opposite the tallest stone.

The King Stone is a large single standing stone. It was probably erected to mark a Bronze Age cemetery, which was in use around 1800-1500BC.

The Whispering Knights is the remains of a 'portal dolmen' (or burial chamber) probably built around 3800-3000BC. Seen from downhill (south east side) two massive stones flank a closing slab to form the 'portal' with a leaning stone at the rear of the chamber. A large capstone, now fallen, would originally have sat on top of the uprights and the sides of the chamber would have had more uprights.