You are here: Do > Minster Lovell Hall and Dovecote 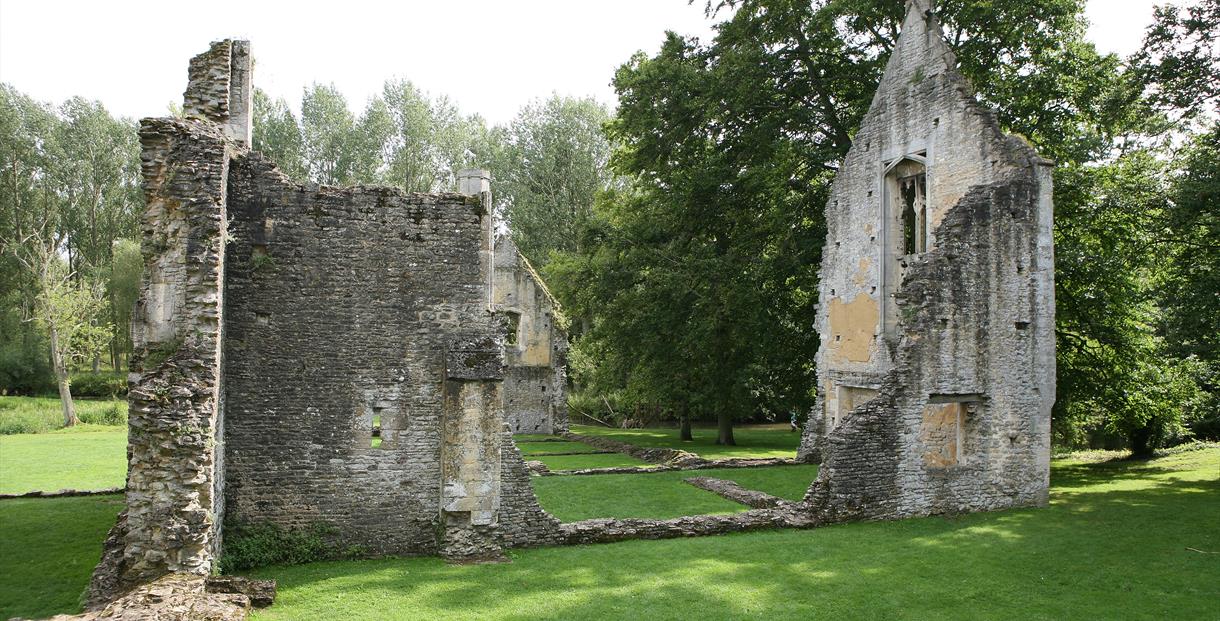 There has been a manor house at Minster Lovell since at least the 12th century, but the major part of the ruins seen today are those of a large new house built by William, Baron of Lovell and Holand, in the 1430s after his return from the French wars. Through marriage and good fortune William was one of the richest men in England, and he built his house as a demonstration of his wealth.

William’s son John, a prominent Lancastrian and servant of Henry VI, was rewarded with the position of master forester of the neighbouring royal forest, Wychwood. By contrast, John’s son Francis, the ninth baron, served the Yorkist cause, and was created Viscount Lovell by Richard III.

Following the defeat of the House of York in the battle of Bosworth in 1485 the hall passed into the hands of the Crown and eventually, in 1602, into the possession of the successful lawyer Sir Edward Coke. His descendant Thomas Coke, later Earl of Leicester, was in residence in 1721 and in 1728 he assumed the title Lord Lovell of Minster Lovell.

The hall was, however, abandoned in favour of the Cokes’ seat at Holkham, Norfolk, begun in the 1730s, and in about 1747 most of the buildings were dismantled, the east and west ranges and the kitchens being demolished for building stone.