You are here: Do > Rodmarton Manor & Garden 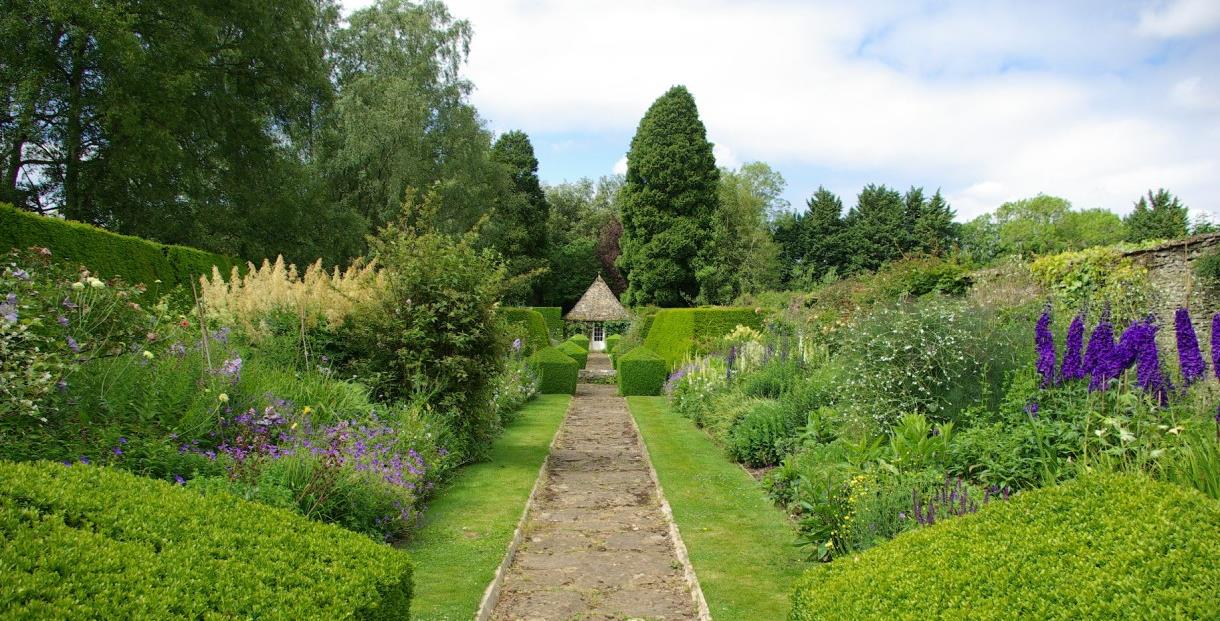 Ernest Barnsley, who built Rodmarton Manor for the Biddulph family, was a follower of William Morris.

The Cotswolds became a stronghold for craftsmen and artists in the early 20th Century and Ernest Barnsley and his brother Sidney, who was the principle furniture maker, are recognised as leading lights of the Cotswolds Arts & Crafts movement.

The 8 acre Cotswold garden was also drawn up by Ernest Barnsley, as he was designing the house and it is still his layout – a series of outdoor rooms - which survives in the garden today, with terrace, topiary, leisure garden, herbaceous borders and walled garden.  There is a strong architectural style close to the house, which gradually gives way to less formality and open farmland as one moves away from the house.

The garden has a wide selection of planting, starting with snowdrops and spring bulbs and is really beautiful throughout the summer months, with superb vistas and views throughout and plenty of places to sit and admire the view.

The house contains pieces of furniture, metalwork and needlework made by local craftsmen especially for the house.

The House and Gardens will be open on Easter Monday - 18th April 2pm to 5pm
The Manor will not be open over the Platinum Jubilee Bank Holiday weekend.
Last entry to the Manor is 4:15pm