You are here: Eat & drink > The Royal Oak Leighterton 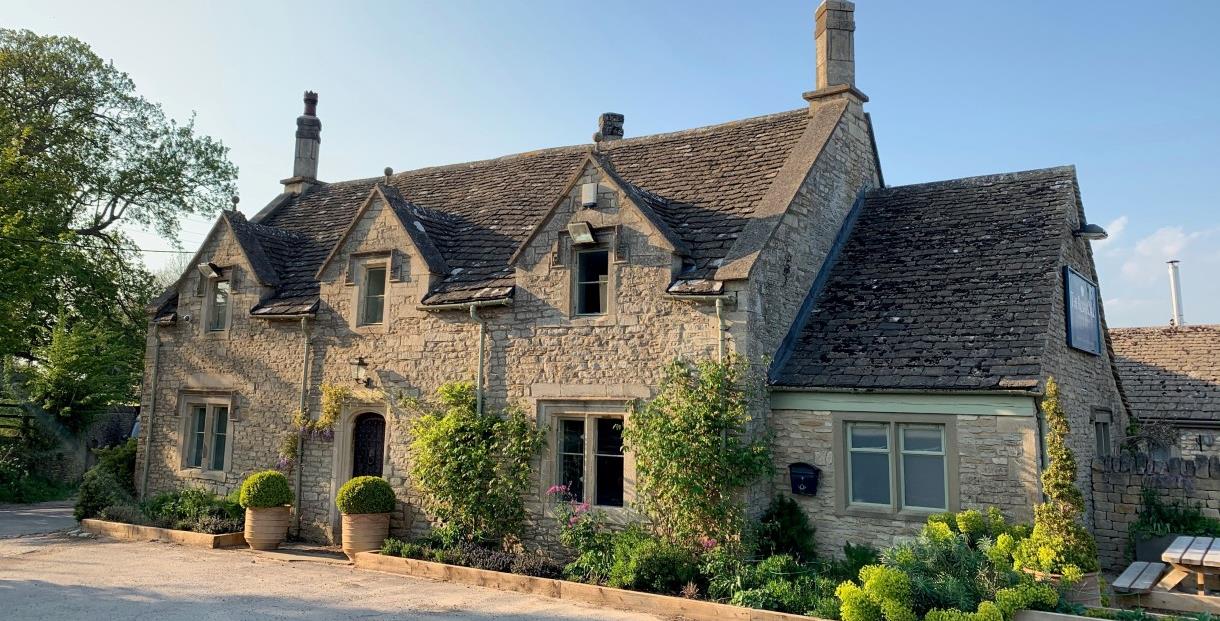 The beautiful Grade II listed Royal Oak at Leighterton is thought to date from the 1700's and is described by BBC’s Doomsday Reloaded as “more likely a village pub than many in the Cotswolds”.

Nestled in a tranquil, rural setting, just a few miles south-west of Tetbury, we are surrounded by rolling countryside and picturesque Cotswold villages.

Our menu changes seasonally and all ingredients are sourced from within 30 miles as much as possible, including a range of local ales.

Ample parking is provided in our private car park within the grounds of the pub and the local attractions of Badminton, Highgrove House and Westonbirt Arboretum are all within a stone’s throw, while Bristol, Bath and Cheltenham are just a short drive away.

We are the only "Royal Oak" which is situated directly on the Monarch's Way - the 615 mile route that Charles II took when fleeing Parliamentary troops after the Battle of Worcester in 1651!

Leighterton’s ancient church – St. Andrews – dates from the 13th century and, in a nearby copse of trees, is a Neolithic burial mound, the oldest in the Cotswolds. The church’s cemetery is the resting place for Australians who were stationed at RAF Leighterton and who died during the First World War.