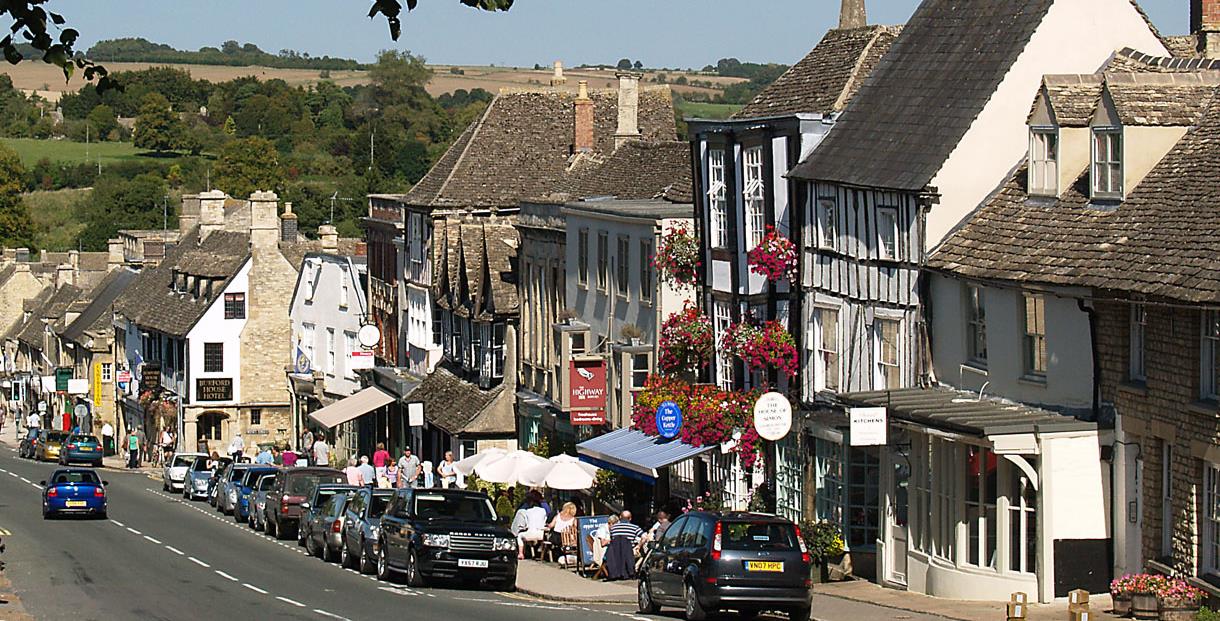 Burford’s famous High Street sweeps downhill towards the River Windrush, its medieval bridge and its impressive church, both sides of the street flanked by an unbroken line of ancient houses and shops.

Little has changed over the centuries, Burford is popular with visitors, both for its beauty and history but also for its shopping, especially antiques, and for the wide variety of places to eat, with restaurants, pubs and teashops. You can even visit England's oldest pharmacy - Reavley's has been a chemist since 1734

Half way down the hill, the 16th century Tolsey building, once the meeting place for medieval merchants, now houses The Tolsey Museum, a delightful, local museum illustrating the town's social and industrial past.

There are wonderful alleyways and side streets just waiting to be explored and next to a set of medieval almshouses stands St John’s church, a permanent memorial to Burford’s medieval wealth. This fine church is a real gem with many interesting memorials charting some of Burford's great families including one to Henry VIII’s barber surgeon, which includes one of the earliest depictions of native Americans and the ostentatious Tanfield tomb. On the baptismal font is the scratched name of Anthony Sedley, one of the Levellers, mutinous rebels in Cromwell’s army, who were besieged in the church in 1649 and had to watch from the roof as their ringleaders were executed in the churchyard.

Every May there is commemoration of the rebellion, Levellers Day, with a colourful procession through the town and speeches, debate and music celebrating freedom of speech and human rights.