You are here: Do > North Leigh Roman Villa 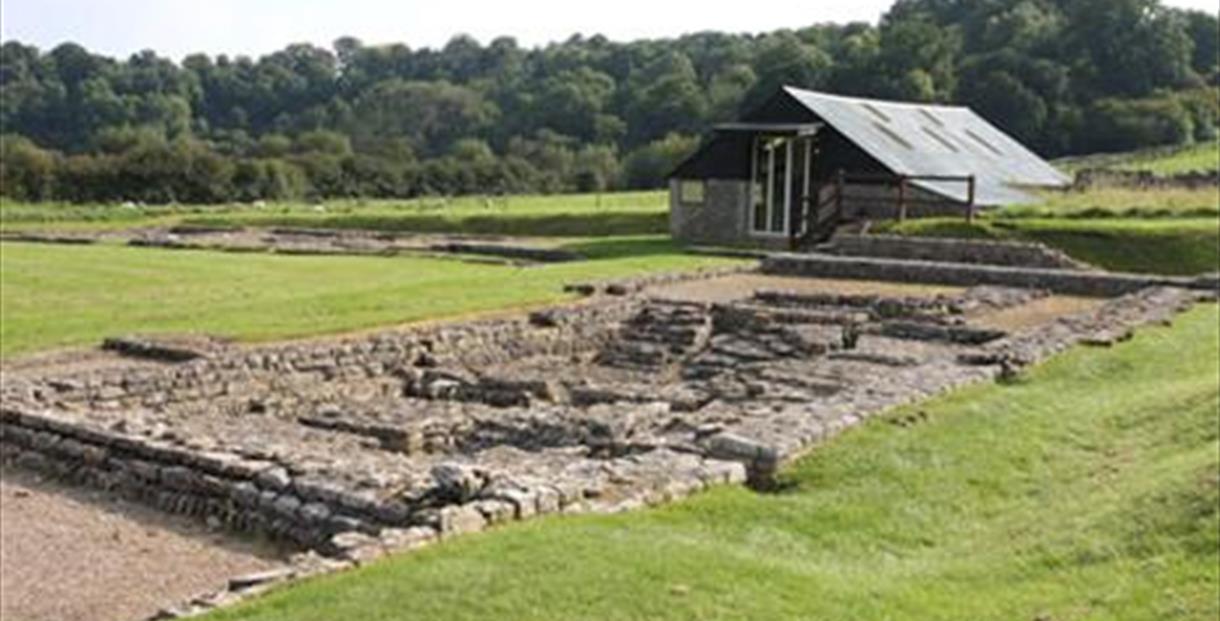 As visitors approach along a bridleway the site is visible below to the right, and its rectangular arrangement is immediately apparent. This was a ‘courtyard villa’, having a range of buildings on each of three sides of a rectangle, with a corridor and gatehouse closing the courtyard on the fourth side.

Significant finds of pre-Roman Iron Age pottery and other features beneath the former south-west range show evidence of earlier occupation, and it is known that the development of the site was lengthy and complex.

The Iron Age settlement was superseded by the first Roman development in the 1st or early 2nd century AD. This phase consisted of three buildings along the line of what was to become the north-west range, one of which was a bath-house. Another structure served as a linking corridor.

Early in the 3rd century were added the south-west and north-east wings, partially enclosing the courtyard. These wings were later extended and the original north-west range entirely rebuilt, probably in the early 4th century.

At this stage the villa incorporated 4 bath suites, 16 mosaic floors and 11 rooms with under-floor heating. Aerial photographs have revealed that there were further buildings beyond the south-west range – perhaps including an aisled barn or hall – which may have formed a home farm for the villa.

The villa was abandoned when the Romans withdrew from Britain in the 5th century.

North Leigh ranks among the larger villas of Roman Britain. A few of these villas may have been the residences of Roman officials, but the majority are now thought to have been the homes of leading members of the native population who were co-opted into the empire and rewarded with lavish buildings and a superior way of life.

North Leigh Roman Villa is noted for the 3rd century mosaic floor displayed on the site. (This floor was lifted and relaid in 1929). The shed over the mosaic floor is one of two built by the owner of the site, the Duke of Marlborough, following excavations between 1812 and 1814 and after two other mosaics had been destroyed by souvenir hunters.