You are here: Do > Stanway House & Gardens 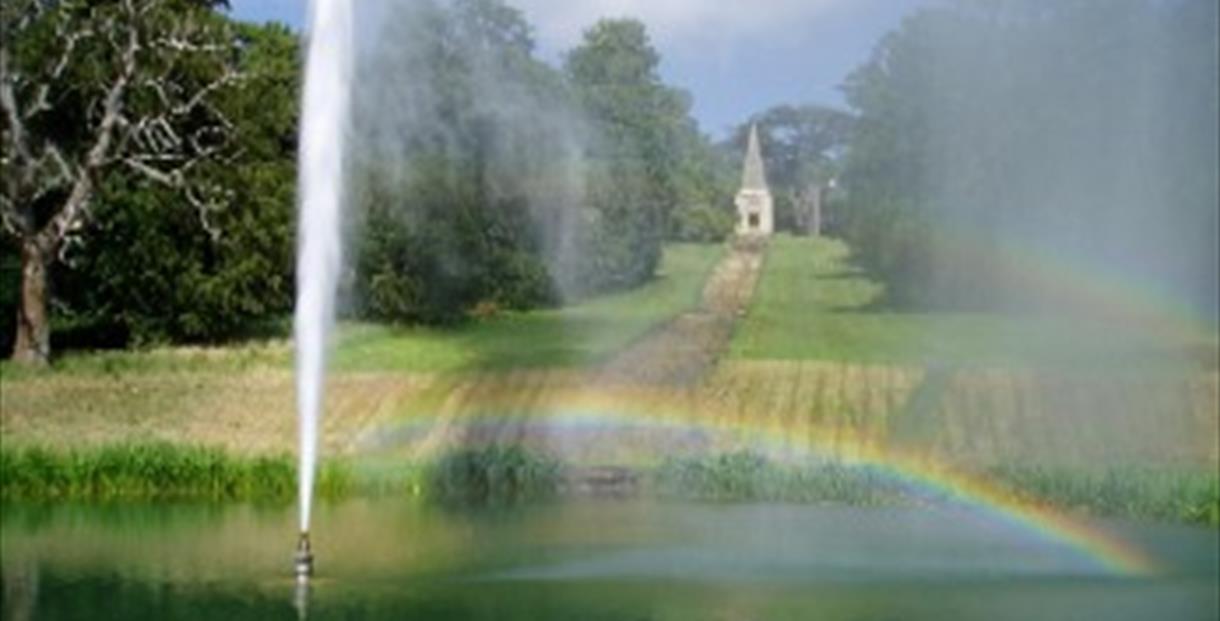 Stanway House, situated near Winchcombe in the glorious Gloucestershire countryside, has been described by Fodor’s Guide as ‘as perfect and pretty a Cotswold Manor house as anyone is likely to see’.

Stanway is a honey-coloured Cotswold village with a Jacobean house which has changed hands just once since AD715.

The garden rises in a series of dramatic terraced lawns and a rare, picturesque grasswork to the pyramid, which in the eighteenth Century stood at the head of a 623 feet-long cascade descending to a formal canal on the terrace. This was probably designed by Charles Bridgeman, and exceeded in length and height (118 feet) its famous rival at Chatsworth. Inside the house is a fascinating painting recording the cascade as it looked in the eighteenth century.

The canal, the upper pond, a short section of the cascade, and the upper fall behind the pyramid were restored in 1998 and a 300-feet high single-jet fountain (the tallest garden fountain in the world) added in the middle of the canal. The medieval pond in the Lower Garden, recently restored, has enhanced the beauty of the fourteenth-century tithe barn.