You are here: What's on > Children and Military Lives - Stories of Adventure, Family and Exile

Children and Military Lives - Stories of Adventure, Family and Exile 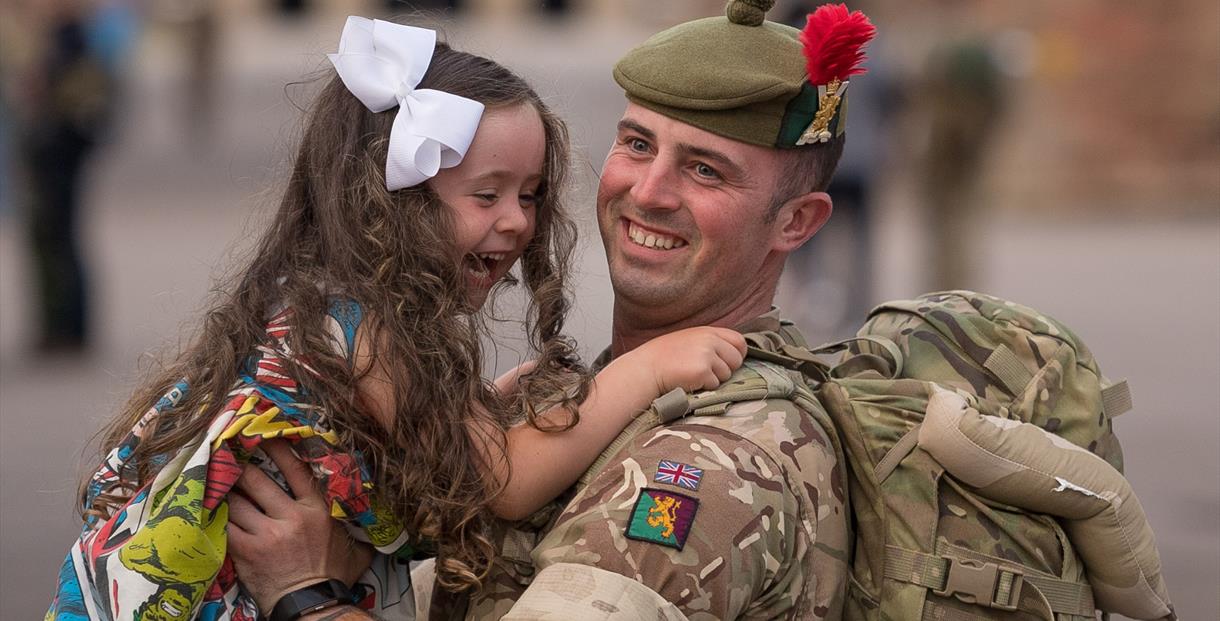 The new exhibition will tell the stories of today's service children (children of serving British Armed Forces personnel) and their experiences of living life in the military community, as well as stories of children who become victims of war, experiencing the effects of military conflict - from Second World War evacuees to today's refugees and asylum seekers.

With a focus on Oxfordshire people, our visitors can see and hear what living through conflict is like first hand, from recordings of evacuation memories to present day accounts from children who arrive in the county and experience a new culture here, processing their life experiences through art and personal stories.

Little Troopers support all children who have parents serving in the British Armed Forces, and will give visitors the opportunity to discover the stories and experiences of military children who have grown-up in the Armed Forces community. Visit the exhibition and explore how they cope with having their parents deployed overseas to different parts of the world; how they move house and school regularly, building friendships for what can be short periods of time and read and listen to their own reflections on what it's like to have military parents as these young people start to consider their own adult lives.

We've also been collecting accounts from children of the 1950s to 2000s, whose parents were part of the British forces. Frequently these children experienced traveling across the globe following in their fathers' footsteps; often giving them unique life experiences they never forgot.

The third distinct segment of this exhibition will be provided by War Toys, a US nonprofit organization founded in 2019. We'll be exhibiting part of their photo series by Brian McCarty about children's experiences of war, expressed through unique, art-therapy-based collaborations in the field. The unique photo series War Toys vividly brings to life the effects of war on children living in conflict zones around the world. Acting as their own art directors, children often living in refugee camps are given the opportunity to depict real scenes from their experiences using toys and the local terrain. The resulting images are impactful and thought provoking; giving us an insight into a world which is far removed from our experiences of watching news programmes covering the camps in war zones.

Finally, with the exhibition opening just in time for Queen's Platinum Jubilee, we'll have a special display to highlight the Queen's own 'military childhood' and her Second World War service in the ATS, as well as a timeline of the nation's toys and books. We have gathered toys from the 1940s to the present day as we take a look at our enduring relationship with toys that depict war, from tin soldiers of yesterday to remote control drones of today.

Sorry, this event has passed. 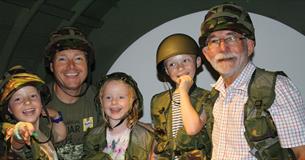